The musical chimes and resounding gongs of bells have inspired and enchanted people for millennia; whether accompanying religious and spiritual ceremonies, used for communication or played for musical purposes. The process of making bells—known as bellfounding—is almost as captivating as the sounds emitted from the percussion instruments themselves. 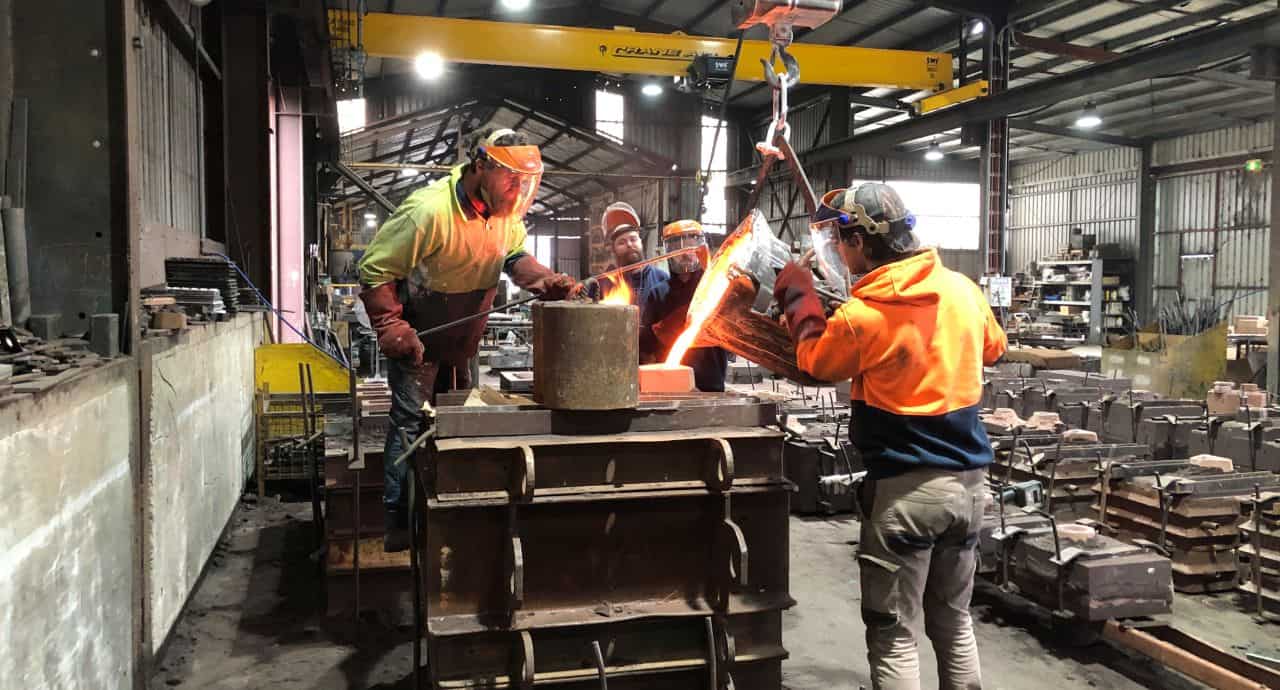 Dating back thousands of years, to as early as 2,000 BC, bellfounding is a specific and finely honed craft, which has evolved in incremental ways over the centuries. Interestingly, today’s process of making bells largely resembles the casting process used for the past thousand or so years. As we’ll see in more detail, however, there have been important developments in bell design and bellfounding in recent years, unlocked through a combination of Finite Element Analysis (FEA) software, BigRep large-format 3D printers, and the bellmaking expertise of Dr. Anton Hasell from Australian Bell.

How a Bell Gets its Ring

Before diving into how 3D printing is creating new possibilities for bell production, it is first important to understand the foundations of bellfounding. As stated, the bellmaking process has been relatively consistent for over a thousand years, comprising moldmaking, casting, and finishing. Traditionally, bell molds were handmade using strickles (bell shaped paddles revolved around a central axis to make the inner or outer profile of the bell in mould refractories) or with false bell patterns made in wax or wood.) These shaped refractory materials are filled with molten metal in the casting process.

Once the mold was made, the next step was to melt the metal used for bells to a temperature of about 1100 degrees Celsius. The most common metal for bellmaking is a type of bronze alloy - appropriately called bell metal - known for its resounding properties. The molten metal was then carefully poured into the mold, and then left to cool. When the metal solidified, the mold could be removed and the bellmaker could fine-tune the bell by shaving off inner layers of metal until the right sound was achieved. The final step was to install the clapper, which creates sound by hitting either the inside or outside of the bell. 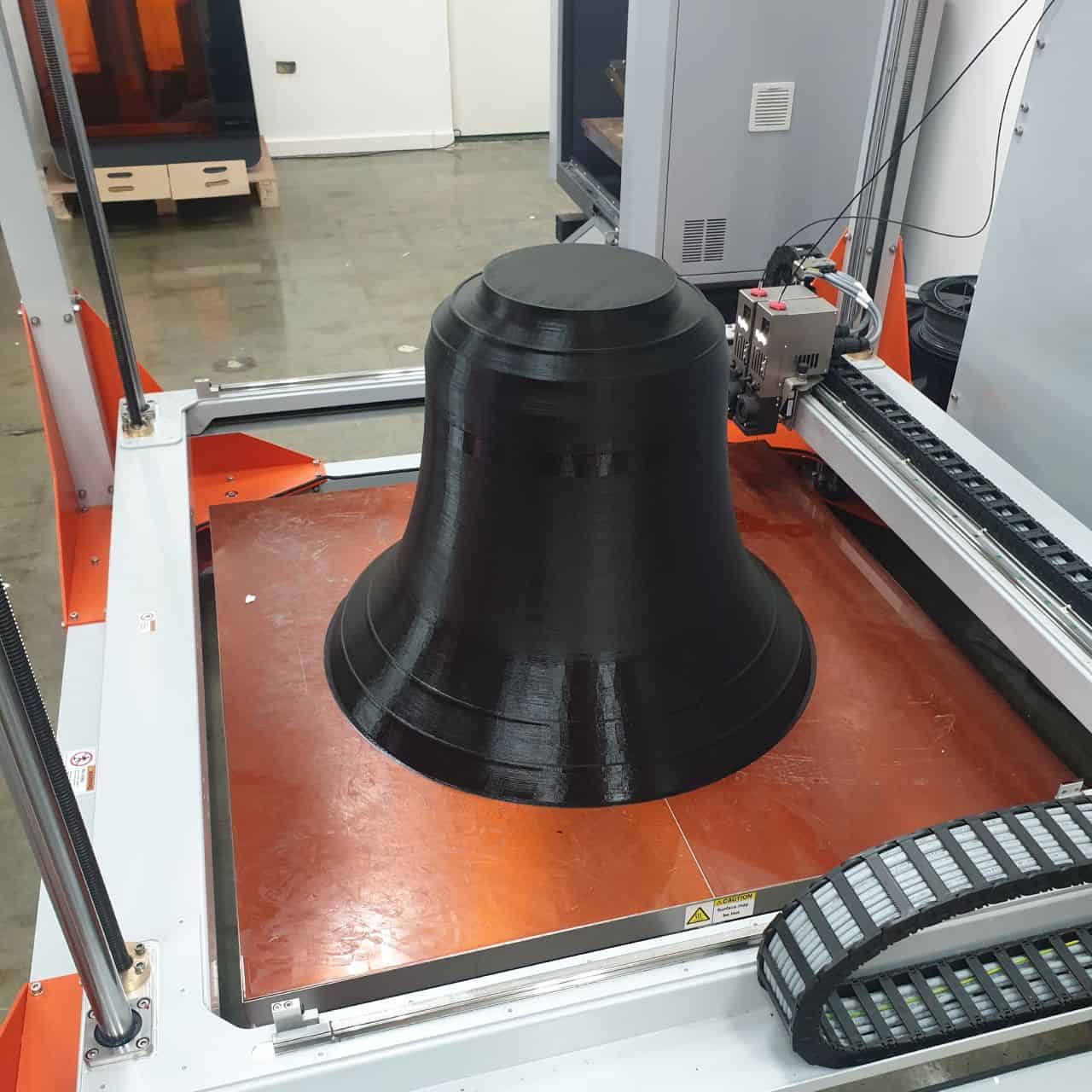 A New Approach by Australian Bell

Today, while molding and casting are still employed to make bells, there are different approaches to bell design and mold production. Australian Bell, a bellmaking company founded by Dr. Hasell that was incorporated in 1998, has been at the forefront of using new technologies and techniques to broaden the possibilities of bell making, achieving new sounds and pitches, as well as modernizing the production process.

One of the key technologies used by Australian Bell and other modern bellmakers is Finite Element Analysis software, which simulates how a design will respond to external forces, such as vibration. This software has allowed for the optimization of bell designs, resulting in new frequencies and sound profiles. For instance, in 2001, in celebration of Australia’s centenary of Federation, Australian Bell used ReShape FEA software to design the world’s first harmonic bell, capable of the clearest pitch salience. This is compared to traditional European bells, which typically have partial frequencies with polytonal sounds, affecting their clarity. [federationbells.com.au]

3D Printing Rings in a New Era in Bell Manufacturing

In 2014, the company was tasked with creating a new type of bell for the Long Now Foundation’s 10,000 Year Clock (built within a mountain in West Texas). The bell, commissioned by Danny Hillis, inventor and co-founder of the Long Now Clock, was a difference-tone bell, meaning it could generate a psychoacoustic pitch an octave below the bell’s actual lowest frequency. This bell design allows a bell to be half the size of a traditional bell of the same pitch to fit into the clock construction.

Once again leveraging ReShape FEA software, Dr. Hasell was able to design this challenging bell. With the success of the design, he was then commissioned to make and tune a set of 10 bells (fun fact: the musical scale of the bells was decided by British musician and composer Brian Eno!) [longnow.org]

In order to maintain the highly accurate shape of the bell design, Dr. Hasell turned to a new method of mold making; 3D printing. A large-format 3D printer from German company, BigRep was used to produce the foundry pattern for the bells. The 3D printed patterns - in effect, 3D printed versions of the bells - were used to create precise molds for the sandcasting process. Once the pattern was printed, it had to undergo post-processing to remove support materials. From there, it was packed with resin sand to form a mold. The pattern was then removed from the packed sand, and the sand mold was cast with a modern bronze alloy, silicon bronze metal, finished and polished, and shipped from Australia to the United States.

By using 3D printing for the direct production of the bell pattern, Australian Bell was able to streamline the bell production process significantly. Historically, the pattern-making process for bells was done manually, requiring a high-degree of skill and craftsmanship—and that’s not to mention how time-consuming it was. 3D printing removes this labour-intensive step entirely, making the pattern based on a digital design.

More recently, Australian Bell produced another bell using this same technique. This time, Melbourne-based 3D printing consultancy Freedspace partnered with Australian Bell to 3D print a pattern for a 300 kg European-style bell. The BigRep ONE 3D printer, with a build volume of one cubic meter, was essential in the production of a bell of this size.

The Benefits of Large-scale 3D Printing for Casting

Ultimately, the combination of FEA software, 3D printing, and more traditional casting is breathing new life into bell design and production. On the one hand, FEA software is enabling the design of increasingly complex bell geometries to achieve previously impossible sound frequencies. Large-scale 3D printing, for its part, makes it possible to bring these designs to life through the production of life-size patterns. Casting, finally, ensures the same high-quality standards that bell makers have honed over the generations.

At Australian Bell, these cutting-edge technologies are a means to an end. That is, the company aims to introduce new bell sounds for contemporary urban designs in order to transition the communal uses for bells in modern communities. A perfect example of the company’s ongoing mission is the Federation Bell Carillon in Melbourne, a public installation that consists of 39 bells. People from all over the world can send their compositions to the City of Melbourne through a dedicated app, and the bells will play the musical tunes.

In a broader context, the Australian Bell use case exemplifies how large-scale 3D printing can supplement and enhance traditional manufacturing processes such as molding and casting. Large-format 3D printers are especially well suited to the production of sandcasting and molding patterns. Foundries are increasingly turning to 3D printing to produce patterns because it reduces production times (by directly 3D printing the pattern based on a 3D model) and cuts back on costs. Moreover, as Australian Bell demonstrated, 3D printed patterns are enabling more complex designs to be made using the casting process.