"We certainly like to think that we’re well on the road to being a factory of the future."
— Alan Pearce, PCD Production Supervisor, Guhring UK

Each piece of special tooling Guhring UK makes needs to first be designed and approved by the customer. Depending on the size and complexity of the component, special tooling can take up to eight weeks to design, test, and manufacture in-house — and the work can’t even start on the tool until the design is approved. Smaller manufacturers with less volume can’t justify the costs or lead time for special tools.

“As we started looking at supplying smaller volume customers, it became an issue,” says Alan Pearce, PCD Production Supervisor at Guhring UK. This led the company to look into additive manufacturing as an option to open up new revenue streams, reduce lead times for existing ones, and manage timelines for smaller customers. 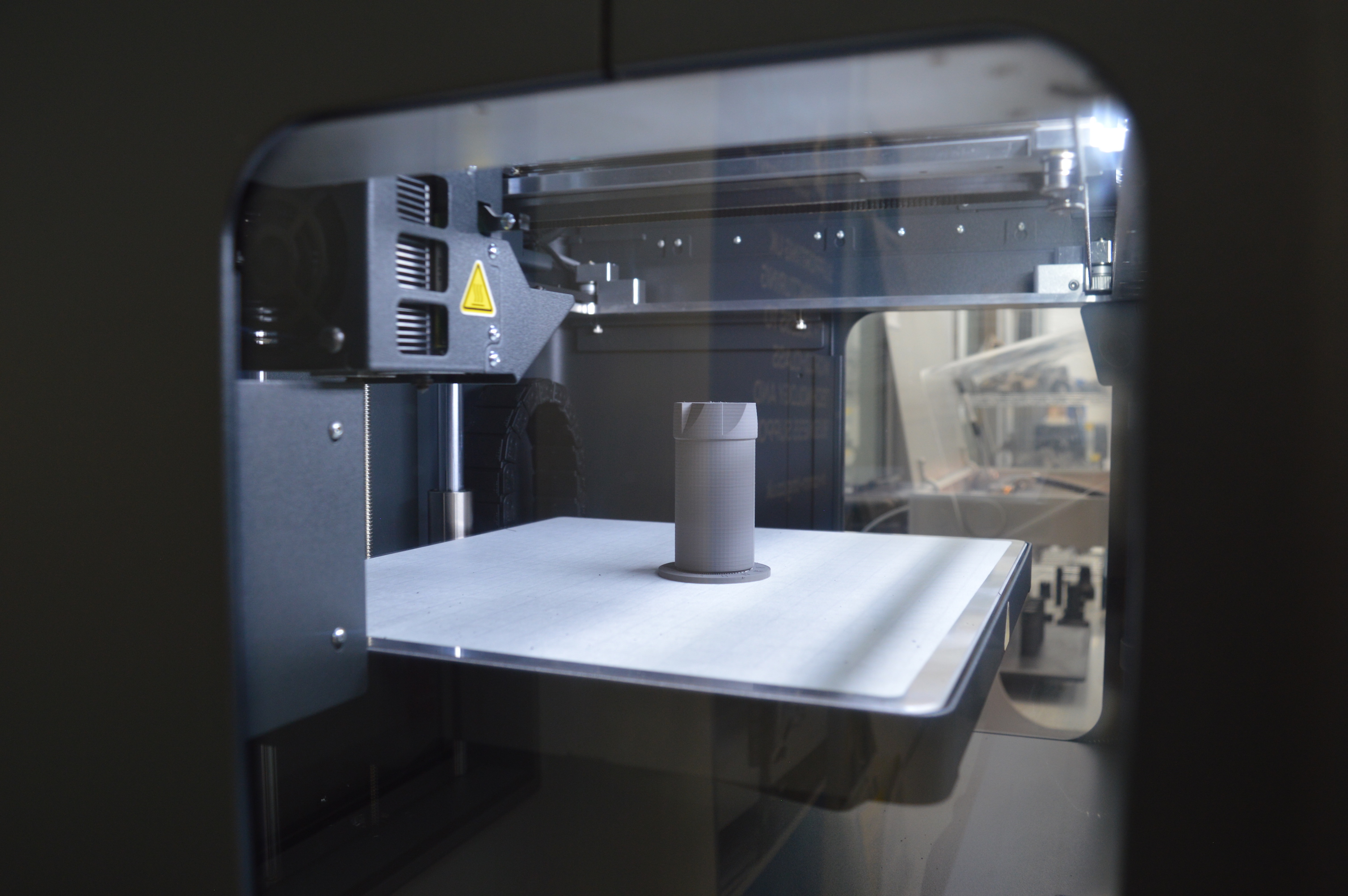 The engineers at Guhring UK have been able to rapidly prototype cutting tools in composite materials before printing them in metal.

The team looked into industrial 3D printing to make their products and services accessible to a wider variety of businesses — especially the smaller ones. “The idea was to make the prototype cost and iterative cycle time come right down,” says Pearce. They teamed up with local Markforged partner Mark3D UK to find the best 3D printer for their needs, and decided upon a Markforged Metal X system as well as a Markforged continuous fiber 3D printer for customer samples and plant maintenance. The company then started to use its carbon fiber 3D printer to manufacture low-volume special tool prototypes, and quickly turned to metal 3D printing to produce functional tooling. “We can now make a one-off production part and supply it to a customer less than one-third of the time and at a lower cost,” says Pearce.

The first 3D printed tool Guhring UK made was a basic milling cutter using H13 Tool Steel. “Within one day, we had designed and printed a tool in Onyx [nylon mixed with chopped carbon fiber], and we could immediately see if we were going to comeup against any problems in manufacturing it. Within five days, we had printed and sintered a fully functional metal cutter body. Using Markforged 3D printers just speed up everything.” After adding the cutting tips, Guhring qualified the mill by testing it initially as an aluminum reamer, and found that it performed extremely well. The engineers then changed the configuration of the tool-tip geometry and ran the 3D printed tool as a milling cutter to test its capabilities, with an off-centre loading. This too worked exactly as planned. The 3D printed tool is 60% lighter than its traditional predecessor, which allows for faster tool changes in cycles and a reduction in cycle times. This application discovery has allowed the company to produce more versatile, lightweight tools for its customers at a far lower price. 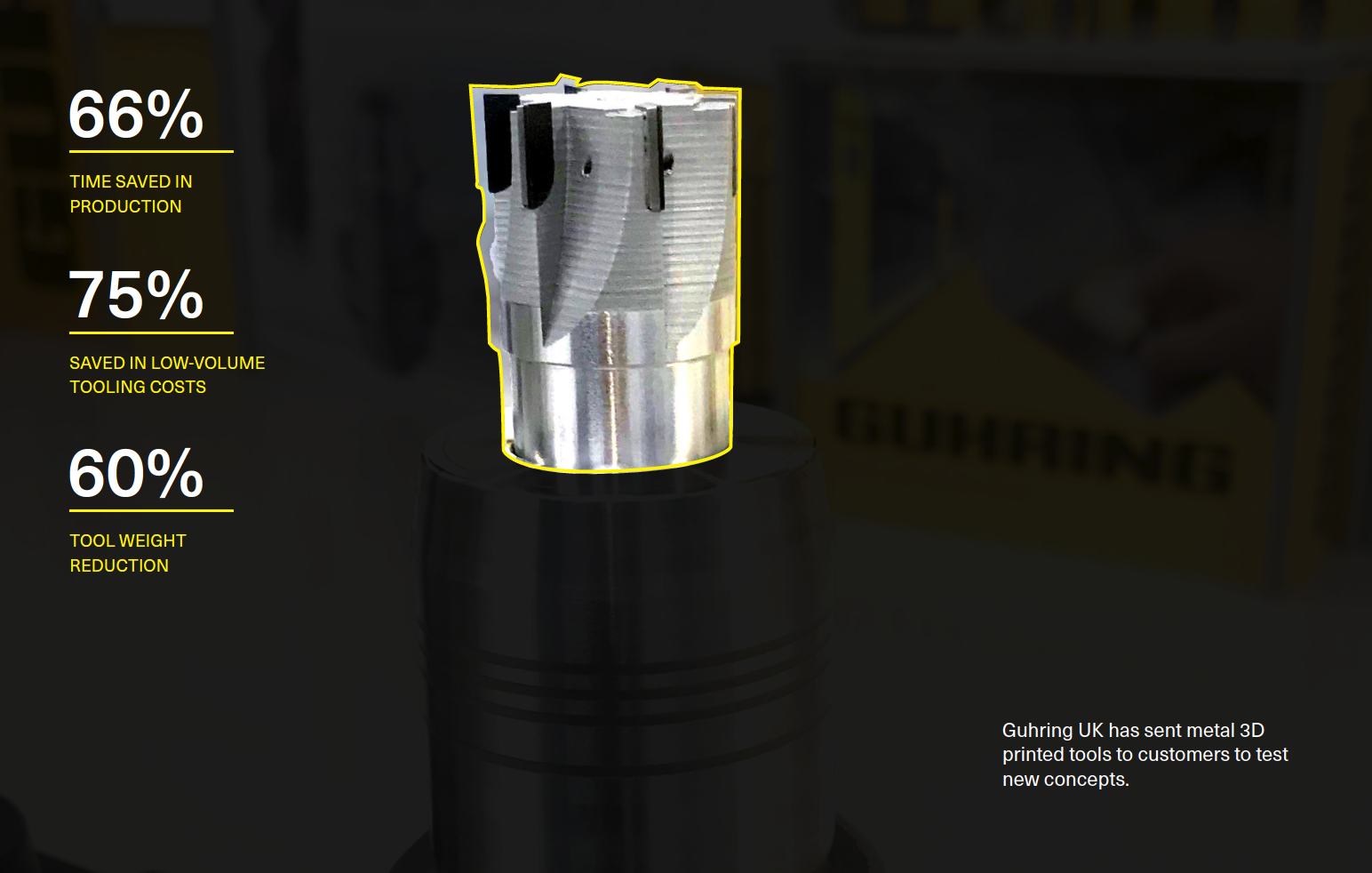 Guhring UK now has the ability to service smaller businesses, making their product and services more accessible. Engineers at the company have even started experimenting with 3D printed coolant pathways — one of the first Markforged customers to do so. The extra money Guhring UK has saved by adding Markforged 3D printers won’t be going to waste, with Pearce saying that any savings made will be “reinvested back into the company so we can continue growing and supplying bigger and better products to our customers.” As for the extra time saved, Pearce says it will be redeployed into the fabrication of production parts. The addition of the Markforged 3D printers has already allowed engineers to free up their 5-axis mills and conventional technology to produce other revenue-generating parts, boosting the company’s earnings.