Wärtsilä is a global leader in smart technologies and complete lifecycle solutions for the marine and energy markets, with a portfolio of products that spans from engines to propulsion and renewable solutions.

The Finnish factory in Vaasa and Italian factory in Trieste oversee the manufacturing of large engines that power a third of the world’s largest cargo ships. The teams often need to fabricate tools to solve problems and optimize the efficiency of both the field and factories, and usually have to rely on third-party suppliers to manufacture them.

One such example is a lifting tool, which is critical to building and servicing large engines. The tool is a custom piece of hardware that allows them to move immensely heavy engine parts such as pistons. These lifting tools are critical as they can make lifting operations more efficient during the manufacturing process, and help engineers perform maintenance at the facility or on cargo ships. To interface with the complex features of their engines, many of the tools have unique mating features.

Wärtsilä usually machines its lifting tools out of solid steel, but found the resulting tools to be too expensive, too time-intensive to manufacture, and too heavy for people to use and transport. The teams are also unable to make quick design changes when needed. Each cost and weight increase has a significant impact when scaled across hundreds of tools — especially when the tool is needed to service or perform maintenance on parts in a large commercial ship where space is limited. 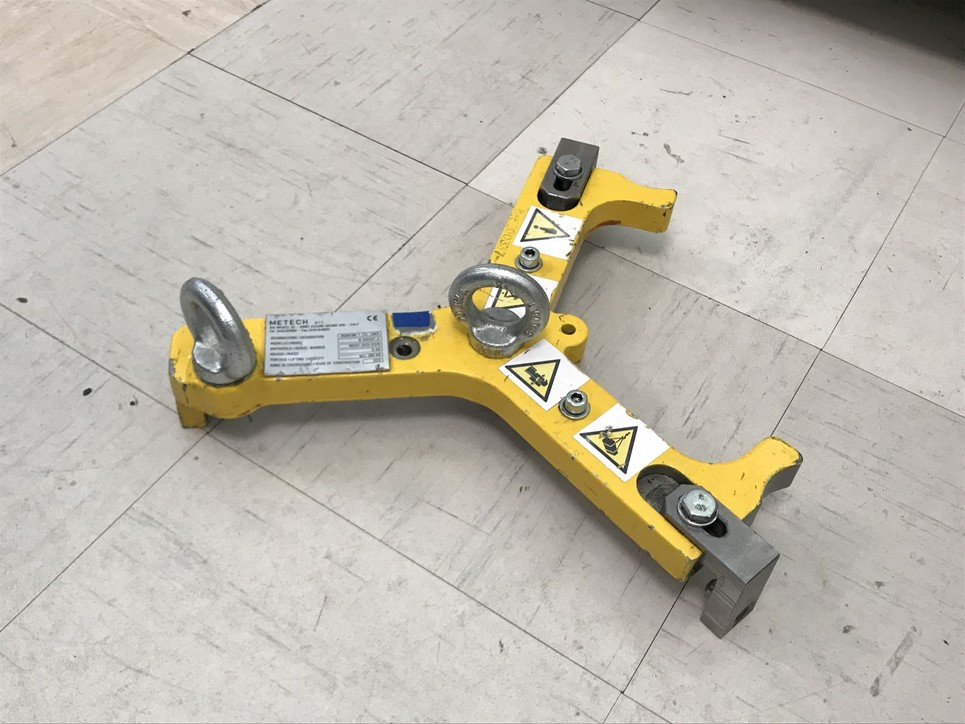 The original lifting tool was machined out of solid steel and weighed 75% more than its 3D printed replacement.

“The potential to cut costs is really significant. If you’re going to save at least 1,000 Euros per tool, it’s a straight benefit.”‍

Engineers at Wärtsilä had been using Markforged carbon fiber 3D printers since mid-2018 to solve similar problems, and had already made several tools for their factories. The Trieste and Vaasa teams decided they wanted to expand to a larger and more industrial printer to increase throughput, so they purchased an Industrial Series X7 printer for their Italian facility. Working alongside Markforged, they redesigned the lifting tool for additive manufacturing. The new design included splitting the tool into a number of parts to best leverage continuous carbon fiber reinforcement and enabled the lifting tool to lift a 240 kilogram engine piston on the first try. “I think everybody was actually pretty shocked about the performance,” said Juho Raukola, Innovation Expert (Additive Manufacturing) at Wärtsilä. The maximum weight the lifting tool can lift is 960 kilograms without deformation — however in manufacturing situations, the safety factor of four needs to be recognized. The team also worked alongside international certification agency Bureau Veritas to define a process to certify the tools. The tool was put through various tests and inspections, resulting in the first 3D printed CE-certified lifting tool — a huge achievement for the company. 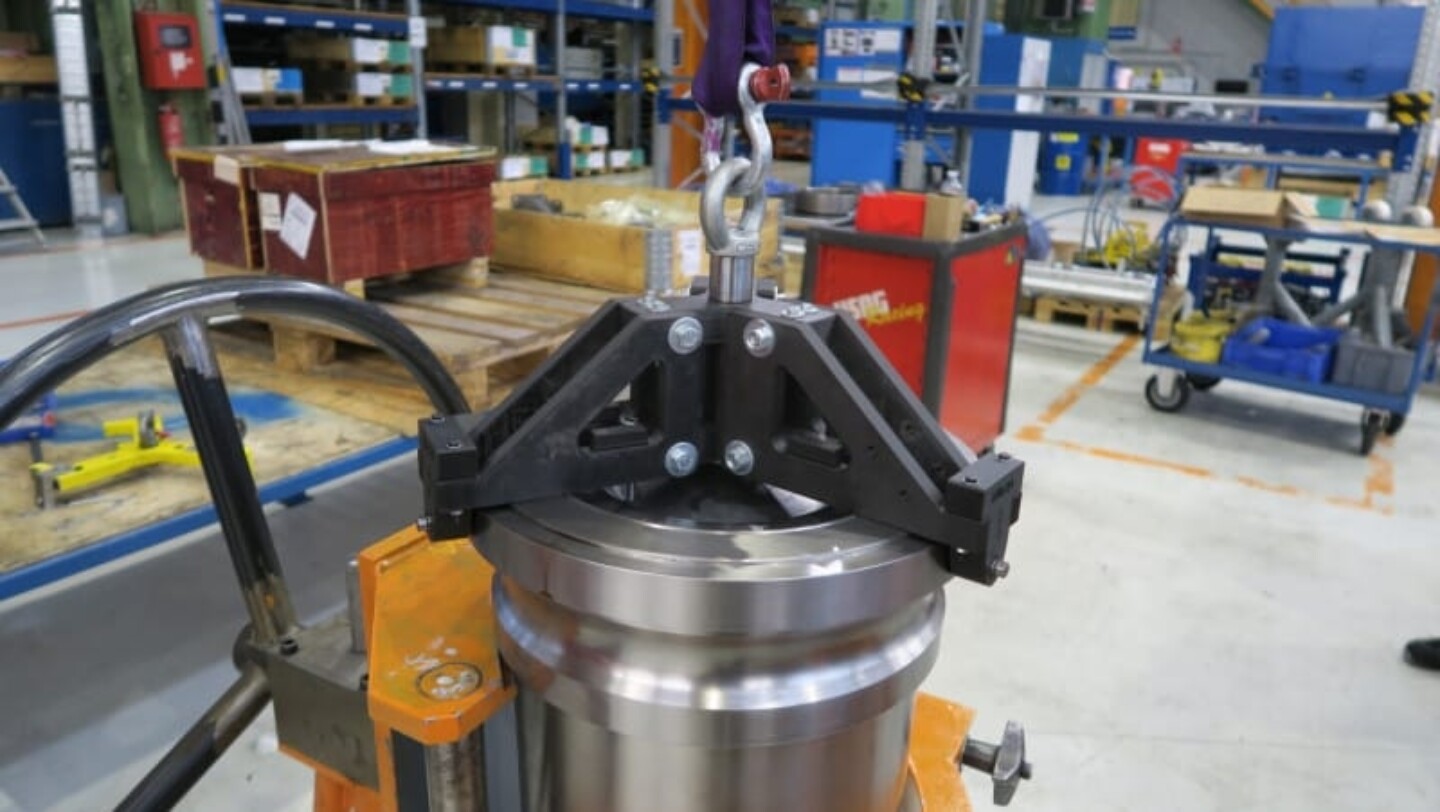 The tool is capable of lifting up to 960kg with a safety factor of four.

Juho and his team are already on the road to freeing themselves from third-party suppliers, meaning they will no longer have to wait for anyone when fabricating tools for their facilities. “We don’t have to work to someone else’s schedule,” said Juho. “And the beauty of 3D printing is that each design can then be printed anywhere at any time through distributed manufacturing, even on the ships Wärtsilä helps to maintain and service.”

“This will enable Wärtsilä to speed up the introduction of new products with faster, cheaper, and safer tool creation.”

With three Markforged carbon fiber printers, and now a Metal X 3D printer capable of printing in metals such as 17-4 PH Stainless Steel, various tool steels like A2, D2, and H13, as well as Inconel 625, Wärtsilä is far from done when it comes to adopting an additive manufacturing approach to solving problems. From tool holders and measuring tools to customer-facing production parts, engineers are now empowered to search for new 3D printed applications all around the production floor. “If we want another tool for production, with a specific customer design, it's not four to six weeks like it was conventionally, but it’s now really a couple of days,” said Giuseppe. “We are able to answer the need and fulfill the need faster.”